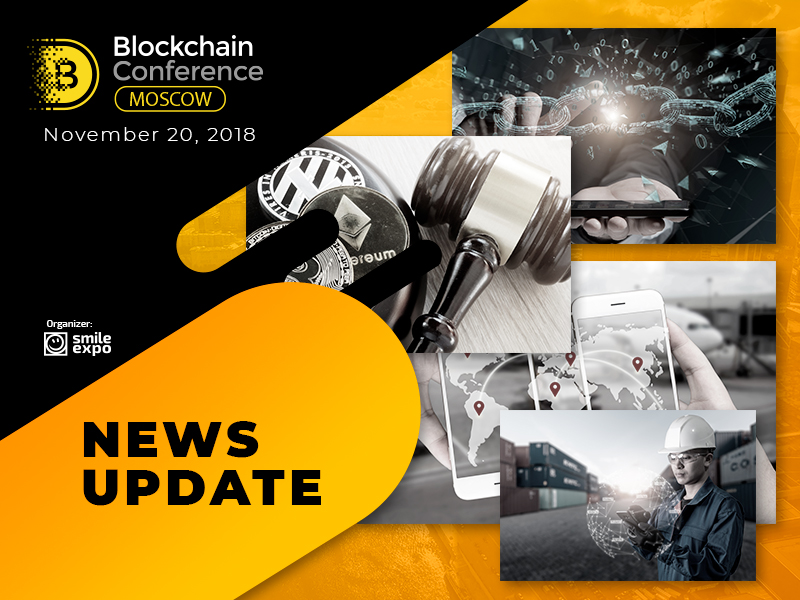 Bitfury has designed a new chip for bitcoin mining, MasterCard is going to monitor sales on blockchain, and the customs service of South Korea is integrating the technology in its operations. Read about these and other blockchain world events in the digest.

Some amendments have been introduced to the bill “On Digital Financial Assets”. Now, it does not contain the term ‘cryptocurrency’, while mining is defined as token emission for fund raising.

According to the new version, tokens can be issued by companies and private entrepreneurs.

The previous bill version equated mining with cryptocurrency obtaining and defined cryptocurrencies as a type of digital assets.

LG UPlus, a Korean mobile operator included in LG Corporation, will launch a blockchain-based payment system. It is expected that the service will start operating in a test mode in early 2019.

The service will allow users to conduct transactions via mobile networks of various operators, and blockchain technology will speed up the process.

To develop a new system, the company has signed a memorandum of understanding with three partners: Taiwan-based Far EasTone Telecommunications, Japanese SoftBank, and US TBCASoft.

According to developers: the microchip is based on five previous generations of mining chips.

The chip is totally optimized for SHA256 mining. Hashing capacity is up to 120 GH/s at the energy consumption of 55 mJ/GH. A required minimum voltage is 0.3 V.

MasterCard has sent an application in the United States Patent and Trademark Office, requesting to use blockchain for consumer payment recording.

According to company representatives, it will be easier to register, deliver, and monitor orders using blockchain. Recording transactions on blockchain, companies will be able to create a register of sold goods and an event log.

MasterCard has specified in the application that the platform will provide a huge amount of services, remaining more transparent and safer than less functional platforms.

Samsung technology to be integrated into customs service on blockchain

The Korea Customs Service (KCS) is going to use a blockchain platform by Samsung SDS in order to advance export customs' clearance. The press release reports that expert and customs logistics based on the Nextledger platform will become the world’s first service of this kind.

The blockchain platform aims to speed up the renewal of documents on goods at all export stages. Besides, the project is going to improve production, storage, and delivery of goods.