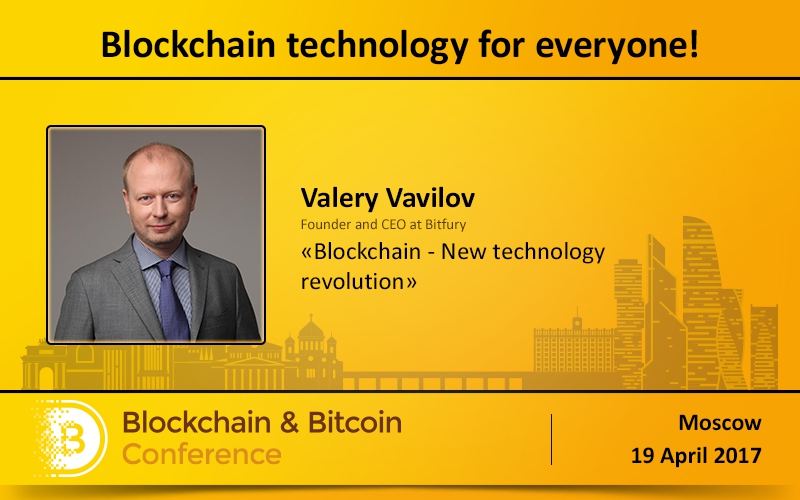 Valery Vavilov, founder of BitFury Group, leading company of the blockchain industry has confirmed his participation in Blockchain & Bitcoin Conference Russia. His report will be dedicated to blockchain as a “new technological revolution”.

Media presents news about yet another large-scale BitFury project every two weeks. Shortly before its fifth anniversary, the company has announced the entry to the Chinese market and signed a memorandum with the Georgian government regarding the implementation of blockchain into Govtech sector.

Before founding BitFury Group, Valery has led the teams of technical experts in various projects for 15 years. Having entrepreneurial experience, he found out about blockchain at the time when the technology only started to be discussed. Since then Valery is sure that blockchain can alter people’s life for the better.

Initially, BitFury was focused on the hardware development, but later on it diversified its services, offering its users customized software and consulting services. Today, BitFury is known to be a leading blockchain full service company. It has offices in the Netherlands, USA, UK and China.

Register for the conference ►►►