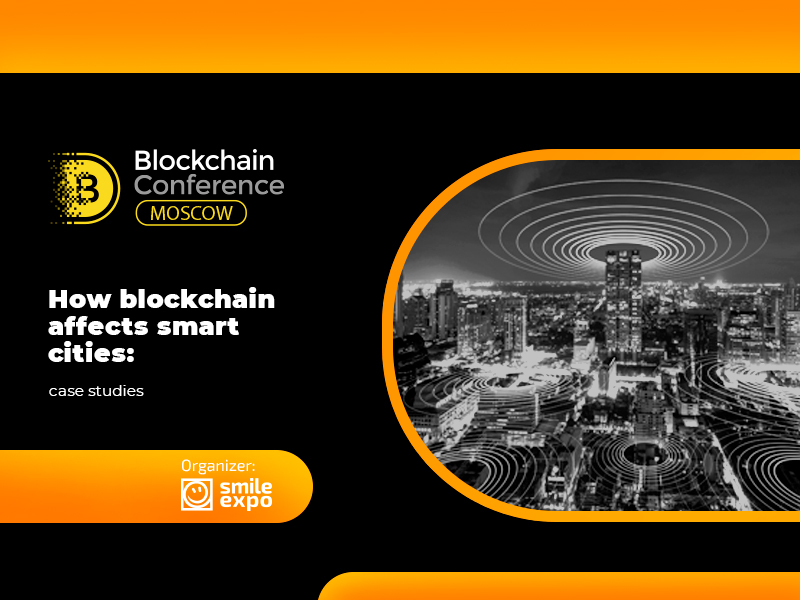 Nowadays, blockchain is applied in various areas: cryptocurrencies, smart contracts, and diverse platforms are based on the technology. Blockchain also has a potential to create smart cities: it allows to improve the operation of urban structures. Let’s figure out what a smart city on blockchain means and where smart cities already exist.

What is a smart city?

The integration of blockchain into a city will allow to eliminate problems related to overcrowded roads, inefficient transport connection, and high cost of services provided by housing and public utilities.

According to McKinsey & Company research, due to smart city systems, the amount of accidents will be decreased by 8-10% and the rescue service performance will be improved by 20-35%. Besides, blockchain will help to cut expenses and save resources.

Automated systems and sensors on blockchain are being actively integrated into many cities across the globe. Several examples of the application of technology in the urban environment are given below.

In 2014, Dubai launched a project called Smart Dubai and developed a strategy for turning the largest UAE city into the smart one using blockchain. The smart city concept is supported by the urban authorities.

At the beginning of 2018, Taiwan’s Taipei City started integrating the technology into its infrastructure. The authorities began to cooperate with IOTA, a company developing a distributed ledger technology – Tangle.

Using this technology, Taipei is going to create smart passports for all citizens. Documents will be called TangleIDs. They will contain all medical information about their owners and protect inhabitants from personal data stealing.

Moreover, as part of the city digitalization, one is designing a sensor to monitor the environment condition: the device will allow to monitor humidity, temperature, and assess a pollution level.

Several projects have been already tested within the partnership between IOTA and authorities: air quality control systems and programs for digital identification of citizens.

According to Deloitte, China has about 500 smart cities and plans to create 1000 new ones in order to improve the living standards of citizens.

Yinchuan is one of such cities of the future. It has already refused conventional money, paper tickets, and paper passes. All purchases are conducted via an app using blockchain.

Xùn xiàn is also going to design a smart infrastructure: the authorities are intended to integrate blockchain into housing and public utilities, governmental services, and economy.

Future of smart cities with blockchain

McKinsey & Company analysts claim that the amount of smart cities will reach 600 by 2020, while almost 60% of the global GDP will be generated in smart cities in 5 years.

Blockchain is rapidly integrated into urban structures: authorities appreciate a technology potential and aim to enhance enterprise operations. Blockchain is able to significantly increase the economy level and make the quality of urban living better.

Crypto experts will discuss blockchain technology and its application at Blockchain Conference Moscow.