Medical cards and electricity grid based on blockchain. What spheres blockchain will change in upcoming years 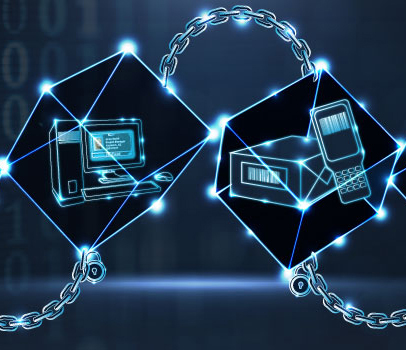 Blockchain isn’t an IT and financial notion anymore.

In the nearest future every person will have to get acquainted with it – even those who have hardly learned to use a mobile phone and a credit card: blockchain-based solutions will substantially simplify the life of not only a businessman, sitting in a Moscow office, but also of a pensioner from Ryazan.

Originally blockchain was a minor character of Bitcoin system, but with time it moved beyond the allotted scope and became the hero of separate stories. As blockchain is capable of transferring and protecting information, people began to view it as a tool that answers for trust.

While earlier people, who were signing an agreement, relied on such shaky notions as decency and word of honour, now they can enter into smart contracts based on different blockchains, where the code rather than a human being controls the fulfillment of terms.

Apart from financial market, blockchain developments are used in jurisprudence, real estate, Internet of Things, energetics and, generally speaking, in all spheres where senders and receivers of values are engaged. We will review those spheres, where specific examples of blockchain implementation can be already found.

When people don’t trust the authorities, they are willing to replace a manager with a computer program. That is what drove developers of e-Auction and e-Vo services from the neighbouring Ukraine.

E-Auction 3.0 is a system of blockchain-based auctions for selling/leasing of state-owned or communal property. This service is already ready and is being tested throughout the country. However, meanwhile it’s done only in small towns except for Odessa. Perhaps, in the upcoming weeks e-Auction will be officially launched in one of the regional centres of Kyiv region, but for this purpose a resolution of local deputies is needed.

Service called e-Vox solves the problem of fair elections. It can be used for making group decisions at all levels: starting from residents of one block of flats voting to decide in what colour walls should be dyed, and ending with parliamentary elections. The project is in its final stage, but the eventual result will depend on the way how and what notions will be adopted in legislation.

In this sphere Estonia is ahead of the pack with its project aimed at shifting medical records to blockchain. Such method of information storage is needed to protect it from losses, technical glitches or deliberate thefts. As for physicians, it will provide them with a quick access to patient’s health record and opportunity to take urgent decisions.

For the first time Ethereum blockchain was used for buying/ selling of electric power in New York. Owners of households with solar cell panels can exchange their electric energy and pay for services using smart contracts. Each power unit, generated by alternative source, is recorded in blockchain and supplied to free market. It partially reduces the dependence on energy-supplying organizations and allows efficiently adjusting prices for services.

Smart contracts can substitute for realtor and notary in the sphere of real estate. Those who have rented or leased a flat in Russia at least once in life, know that even with the participation of a trusted realtor both parties of the agreement are forced to worry: any of contractual parties can unexpectedly ‘jump off’ or change the terms. And a smart contract can be built in a way to guarantee the implementation of terms to both parties, and real estate specialist will be the fifth wheel, so that you won’t have to pay the brokerage fee.

A prototype of smart lock that opens up after contract terms are fulfilled was presented this year by Belarusian developer Valeriy Litvin. The device will fit any door and can be used when renting a flat or a car.

Local project Drone Employee is a debut example of symbiosis between blockchain and unmanned aerial vehicle. This system cuts down the route from the customer willing to deliver a cargo or photograph an area to the contractor, and simplifies the coordination with the regulator. Registration and control functions are fulfilled by the contract itself while the parcel is being delivered. Blockchain-based drones can be used by the Emergency Situations Ministry, energy workers, utility providers or pizza delivery services.

► There is much more than that

Blockchain is actively mastered by such segments as gambling, Internet of Things and even social media. Blockchain & Bitcoin Conference Moscow will feature specific examples of blockchain implementation. Participants will be able to get acquainted with a presentation of blockchain-based social network, and discuss a new phenomenon – symbiosis between blockchain and Internet of Everything.

So, November 10, Moscow. More details will be revealed in the News section.