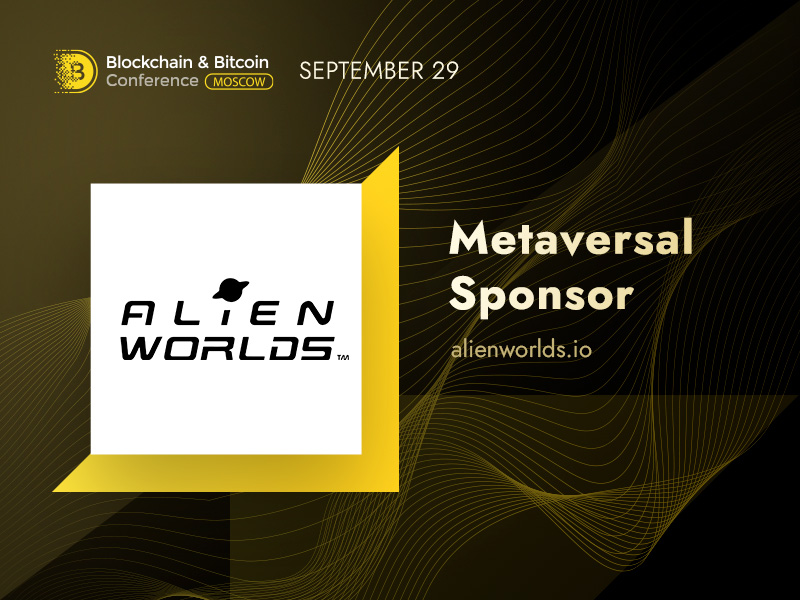 Blockchain games have gained high popularity among the advanced users. They are usually multiplayer and have financial or collecting incentives to attract gamers. Some of these projects have helped to shape the NFT industry and allowed the players to experience all the benefits of security, decentralization and fast transactions.

On September 29 at Blockchain & Bitcoin Conference Moscow 2021, you will be able to learn more about blockchain games and their main advantages. One of the most popular blockchain games Alien Worlds will become a Metaversal Sponsor of the event!

Alien Worlds is a Social NFT Metaverse, where tokens are used as game elements. It has the fungible token Trilium (TLM), a scarce resource which players currently can mine and stake. Today, there are over 11 million NFTs in the game and their number continues to grow.

The gameplay is built on three blockchains – Ethereum, WAX and Binance Smart Chain. Alien Worlds was the first blockchain-based game to break 100,000 players. Now its audience counts over 3 million users.

Join Blockchain & Bitcoin Conference Moscow 2021. Become a part of a large blockchain community that implements technology in all areas of business.