NFT Tokens are Collecting in the Digital Format: Details of the New Trend and How to Gain Profit? 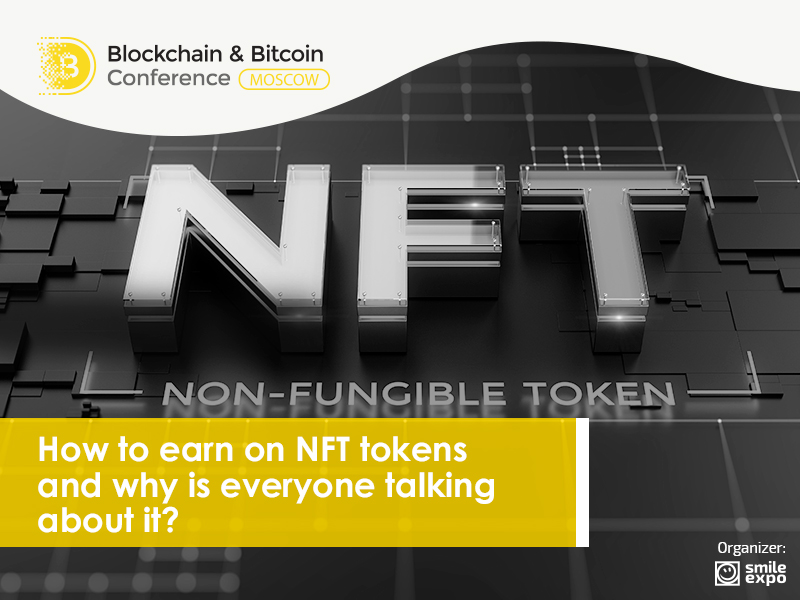 Over the last two months of this year, the trading volume of NFT tokens on 12 global resources reached $480 million. This is a record for non-fungible tokens. They gained the attention of politicians, Hollywood stars and representatives of creative professions.

Music albums, pictures, Twitter posts are now not only tokenized, but also bidding. The best NFT tokens raise millions of dollars at auctions. Pieces of renowned CryptoPunks collection were sold for 90-400 ETH, and the rarest of them was purchased for a record price of 4200 ETH.

So why is there so much talk about NFT tokens? What is so special and attractive about them? How can you buy them and how to make money on them? Read more in the article.

What is an NFT token?

NFT stands for Non Fungible Token, that is, a unique, one of a kind and unrepeatable. Any record in the blockchain becomes a token, but the notorious bitcoin is equivalent to another bitcoin, whereas each NFT has a value exclusively subjective. It has a title of ownership for a wide variety of elements of digital culture. An example of an NFT token is a picture, post, song, gif, game character, etc.

No NFT can be copied, since unique information about it is fixed in smart contracts. The release of a non-fungible token is based on the ERC-721, ERC-998, ERC-875, ERC-1155 standards.

But what is the main practical use of it? First, NFT technology digitizes collecting and makes it possible on the Internet. Second, tokenizing digital art is a great solution to copyright infringement. Since the data about the creator of an item is recorded on the blockchain and is no longer subject to replacement or withdrawal.

The scope of NFT: What can be tokenized?

How to buy an NFT token?

You can buy an NFT token on well-known open platforms operating on the blockchain. It can be a specialized platform like CryptoKitties or marketplaces. The most popular ones are OpenSea, followed by Rarible, SuperRare, Nifty Gateway, Async Art, Known Origin, MakersPlace, Mintbase and many others. Mostly they work on the Ethereum blockchain, so the buyer must have an electronic wallet and ether on the account.

Tokens can be purchased mainly for the purpose of subsequent resale or in the interests of collecting, possessing the right to a specific digital item.

How to earn money on NFT tokens?

There are several options for making money on NFT. The first one is the purchase an interesting token that may grow in price in the future, then the collector can profit from the resale.

The second one is creating your own token and placing it on various websites mentioned above. After verification of the authenticity, the token is available for sale or participation in the auction. Note: in order to list a token on the marketplace, the creator must pay a small fee, which depends on the size of the transaction fee.

to stay tuned with the latest news of Blockchain Conference Moscow and meet all leading representatives of the crypto community! Confirm

There are also alternative entertainment methods of making money on NFT tokens. For example, the Axie Infinity case. This is a blockchain game that was created with the aim of entertaining users and explain the principle of the technology to a wide audience in a game format.

Axie differs from regular games – it allows you to earn money by rewarding players for their contribution to the blockchain ecosystem. It attracted thousands of players from different countries in search of a new source of income during the COVID-19 pandemic. Alien Worlds, AnRKey X and other projects also work in a similar way.

Current state of development of the NFT ecosystem

History is happening as we talk about it. At the beginning of March 2020, the bitcoin rate reached a record high of $60,000, and at the same time, there is a real boom in the popularity of NFT technology among the creative elite. The burned work of the artist Banksy was converted into a token. Elon Musk's wife, Canadian singer Grimes, has sold a collection of non-fungible tokens for $6 million. The famous group Kings of Leon announced that they will release their new album in the form of NFT.

It is likely that soon we will see how the tokenization of art will become a generally accepted practice. And then both young creative people and leading artists of this world will create NFT tokens for their works in order to protect copyright, as well as to simplify the sale process.

Gleb Kostarev, Director at Binance cryptocurrency exchange (Russia and CIS) sees great prospects in this technology. He believes that NFT will be one of the key trends this year.

On April 6, Gleb will speak at Blockchain & Bitcoin Conference Moscow 2021 addressing the topic of “NFT as a new class of digital assets: Features of non-fungible tokens”. The specialist will talk about the history of the emergence of NFT, applications, use cases and the future of this direction.

Join the conference to learn how to master a promising area and start making money successfully!