Blockchain development prospects in the next two years. Expert opinion of Gerbert Shopnik from Bitfury 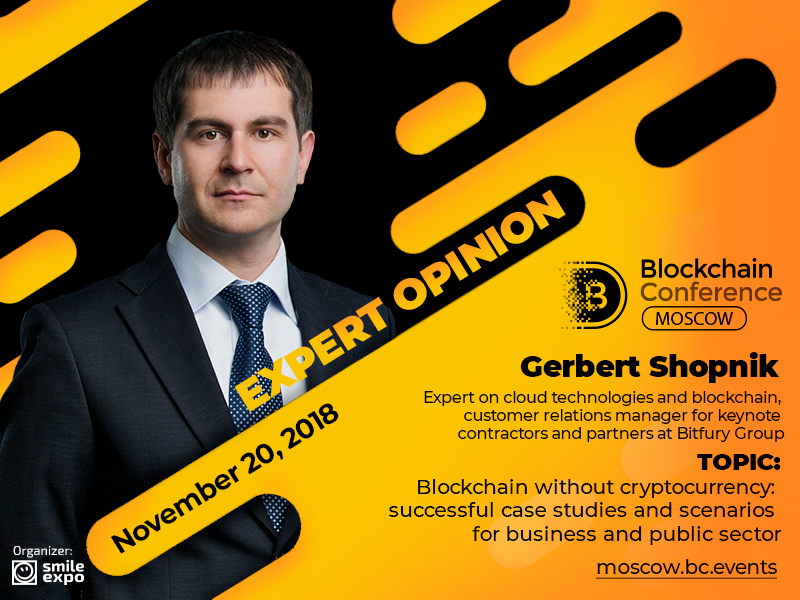 Experts believe that in the coming years, the blockchain technology will become a standard for most digital solutions. This opinion is shared by Gerbert Shopnik, the customer relations manager for keynote contractors and partners at Bitfury Group.

According to the latest estimates of the Bank of America, the blockchain market accounts for $7 billion, and this figure will only grow. Nowadays, the blockchain implementation in such sectors as public services, business and finance is carried out all over the world, including in the USA, the United Arab Emirates, Estonia, the Netherlands, Canada, Israel.

Gerbert Shopnik stated that the distributed ledger technology is actively applied in the CIS countries as well. He cites as an example successful cases that have already been implemented and are going to be implemented by Bitfury. Such projects include:

All of these scenarios are implemented in the public sector, which receives a number of undeniable advantages due to blockchain-based solutions. One of them is fighting corruption and misuse of power, because the blockchain doesn’t allow falsifying or replacing data or carrying out ‘gray’ transactions. Thanks to this technology, it is possible to ensure transparency of public procurement and even elections.

This increases the level of trust in the government, and important data (including confidential information about citizens) remains reliably protected. The expert notes that in the state sector, blockchain optimizes processes and removes unnecessary intermediaries from the chain, thus reducing costs and improving the convenience of public services.

According to Gerbert Shopnik, the technology offers the same benefits to entrepreneurs. Investments in blockchain solutions don’t go down the drain, since blockchain helps not only to reduce costs (including added value), but also to increase the credibility of partners and counterparties. Using blockchain, it is also possible to conduct a transparent audit and identify violations quickly.

A specialist in the application of cloud technologies and blockchain identifies several business areas where the DLT is most effective:

“Considerable support for the blockchain development and its role in the digital transformation of business will be provided by the creation of a legislative framework. Competent legal regulation will result in maximum benefits for both the state and business”, Gerbert Shopnik believes.

Prospects for the blockchain solutions introduction

According to Gerbert Shopnik, one of the examples of new technologies that found their niche in our life is the use of new IT solutions such as virtualization and cloud technologies. They have been used in most areas in the last five to six years. The expert sees similar trends in the implementation of blockchain solutions.

In his opinion, the following factors will contribute to the process:

However, there are obstacles to the technology application. Implementing blockchain-based solutions is not always easy: people resist innovations and are afraid of changes. Gerbert Shopnik believes that, in particular, this applies to managers who don’t understand the subject, and representatives of monopolistic companies who don’t want to lose profit.

In addition, implementation of the scenarios requires financial investments: money for optimization and replacement of current solutions. Of course, expenses will pay off later on, but to allocate large sums quickly may be difficult for both the state and entrepreneurs. Updating and refining the legal framework will also take time.

But even now, in the largest CIS countries, the introduction of blockchain solutions is not only being considered, but also seriously planned: tests are being held, budgets are being counted. According to Mr. Shopnik, in the next three years, blockchain will be used everywhere, and then the technology will become a standard for implementing digital scenarios.

Gerbert Shopnik, an expert on the blockchain technology application and a customer relations manager for keynote contractors and partners at Bitfury Group, will speak at Blockchain Conference Moscow. The event will be held in the Russian capital on November 20. The topic of the expert’s report is ‘Blockchain without crypto: successful cases and scenarios for business and public sector’.

Register to listen to the report of Gerbert Shopnik. 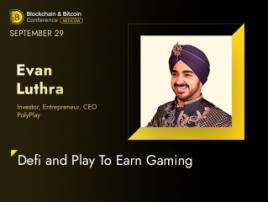 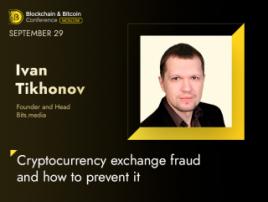 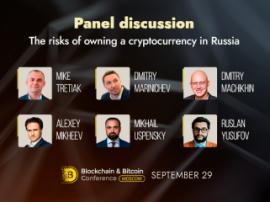 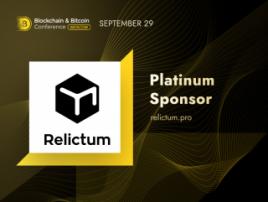