Legal status of cryptocurrency in Russia: how to use digital assets in the country 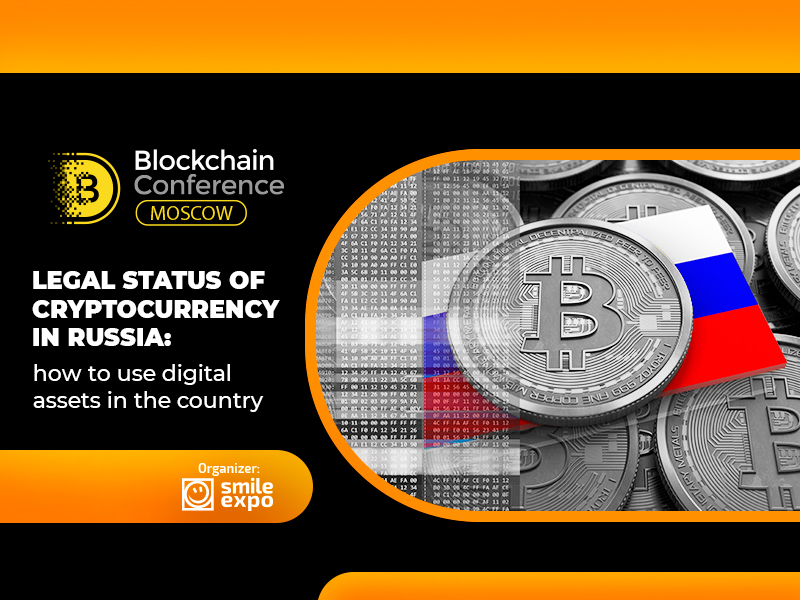 We live in an age of crises and devaluation of the world’s currencies, so the entrance of a payment method unpegged to gold would be just a matter of time. The first cryptocurrency bitcoin was issued in 2009 and was approved as a payment unit by a range of countries within 9 years.

The Russian government decided to stand to a wait-and-see approach. Currently, Russian cryptocurrencies are defined by the legislation although the bills regulating mining and ICO are at the final stage of development.

Follow the article to find out legal actions with cryptocurrencies in Russia and whether mining and ICO are taxed.

As the results of the Telegram survey initiated by miningbitcoinguide.com showed, in 2018, cryptocurrencies are the main income source of 12% owners of digital money in Russia.

The Russians first got to know about the notion of cryptocurrency in 2014. In January of the same year, the Central Bank of the Russian Federation released the article ‘On the Use of Digital Currencies in Transactions’. The document focuses on the danger of cryptocurrencies under the current conditions. According to the authors, at that moment, cryptocurrency transactions entailed speculations on so-called virtual exchanges recalling a soap bubble.

All state institutions currently share an idea of an independent currency that would become a pretty prospective tool and a user-friendly platform for cross-border transactions.

Aiming to provide the grounds for legal use of cryptocurrencies, the State Duma adopted three bills in the first reading: ‘On Digital Financial Assets’, ‘On Attracting Investments Using Investment Platforms’, and ‘On Digital Rights’ in May 2018.

However, in September, it became known that the last version of the bill ‘On Digital Financial Assets’ doesn’t comprise the notion of ‘cryptocurrency’, and mining is defined as token issuance for project investing. So, what does this bill regulate?

Permitted actions with cryptocurrencies in Russia

As stated in the bill ‘On Digital Rights’, one can perform the following actions with cryptocurrencies in Russia:

In terms of the Russian legislation, cryptocurrencies cannot perform the function of money. According to Article 140 of the Civil Code of the Russian Federation, the rouble shall be the single means of payment of the country.

However, the history knows precedents: the farmer cooperative LavkaLavka accepts bitcoin as payment. Since the staff received e-currencies on private wallets and put their fiat in a cash register, no legal claims were submitted towards LavkaLavka. The cooperative continues working with cryptocurrencies up to now.

Cryptocurrencies are often called quasi money, an illegal substitute of a payment unit. Nonetheless, attorneys refute this information. Viktor Ageyev, Head of Cryptonomica.net, lawyer and blockchain expert, claims that digital currencies are not referred to as cash.

“The notion ‘quasi money’ is mentioned only in Article 27 of Chapter VI of the Federal Law № 86-FL ‘On the Central Bank of the Russian Federation (the Bank of Russia)’ and relates only to cash. It should be noted that promissory notes, tokens, and casino chips are not a money surrogate,” commented the expert for vc.ru.

The expert’s words were proven in practice. Kolion creator Mikhail Shlyapnikov was involved in a civil case that admitted the surrogate and illegal nature of the currency. Later, he decided to immerse into the crypto realm. Currently, Mikhail releases kolions based on EmerCoin blockchain, and the prosecutor’s office doesn’t mind it.

The Russian law defines mining as an entrepreneurial activity for the generated revenue. According to the bill ‘On Digital Financial Assets’, cryptocurrency miners should be listed in the Federal Tax Service register and pay taxes.

In which cases is mining regarded as entrepreneurship?

Cryptocurrency mining is regarded as an entrepreneurial activity only when a miner surges over the established power consumption limits during three consecutive months (presumably, more than 15 kW\h).

What is taken into account as well, is an amount of revenue from cryptocurrency mining. When an income amount surges over an expenses amount, a miner obtains a status of an entrepreneur.

What is a tax amount for mining?

There is no relevant information in the Russian Tax Code. According to the statement of the Ministry of Finance in 2017, in terms of the absence of special laws, cryptocurrency-related cases are regulated by the general conditions of the legislation (tax percentage rate – 13%).

Nonetheless, miners may enjoy a two-year tax-free period until the exact tax rate is defined.

Russian ICOs fall behind with the global practice of fundraising. According to the analysis held by Ernst & Young, in 2017, about $3.7 bn was collected through ICO across the globe. Meanwhile, the total number of capital attracted by Russia-based startups was estimated at $310 m.

ICO regulation in Russia is aimed at the protection of the nation from fraudulent schemes, which has to propel ICO in the country. According to new bills, every startup must reveal the full information about the team, register in the list of operators of investment platforms, and have at least 5 m RUB of reserve funds on bank accounts.

At each funding round, a project will be controlled in accordance with the bills ‘On Digital Financial Assets’ and ’On Organized Trades’ while each new coin has to be listed in the register of the Central Bank of Russia.

Are there any investment restrictions?

The documents state that users without due qualification would be able to buy tokens estimated at <50 000 RUB within every ICO.

The document does not provide any limits to the amount of money a company can attract via ICO. Although the Ministry of Finance of the Russian Federation expressed an intention to set the maximum available amount of 1 bn for startups in January 2018, the idea wasn’t fulfilled.

The members of the State Duma also considered the regulation of smart contracts: they are now credited as fully-fledged e-agreements. Thus, smart contracts can be used to establish partnership between individuals and legal bodies.

If the thee bills undergo three readings at the State Duma receiving approval of the Federation Council and a signature of the President of the Russian Federation, they will come into force in 90 days after the official publication.

The government representatives promise to elaborate the bills in the nearest future. It means that the Russians will soon have a lot of opportunities for both earning on cryptocurrencies and business development based on them.

To find out more about digital financial assets and practices of investment attraction in blockchain-fueled projects, join us at Blockchain Conference Moscow scheduled for November 20 at InterContinental.