The problem of cyber security is in the human factor – Roman Kravchenko, CTO at REMME 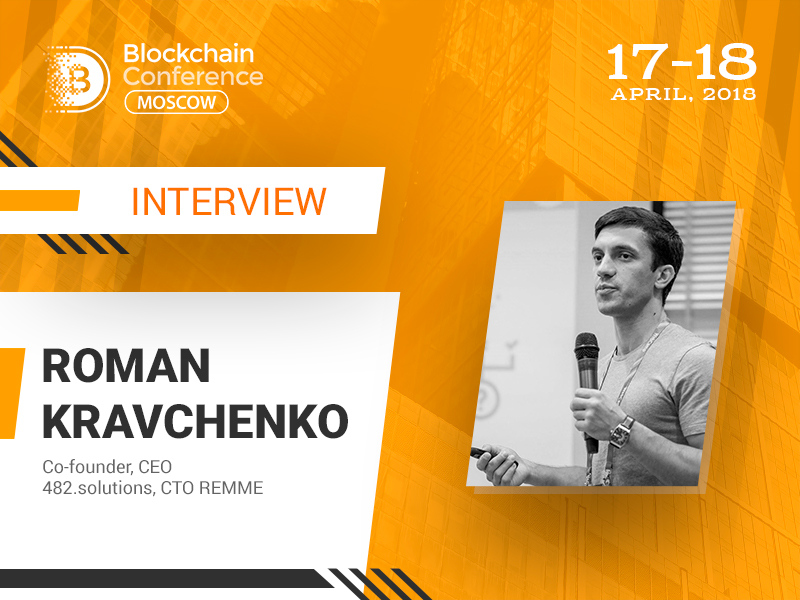 Blockchain optimizes business processes and reduces costs, even if it solves just one task for your company. This is the opinion of the speaker of Blockchain Conference Moscow, CTO of the REMME blockchain startup, Roman Kravchenko. We talked about the advantages and disadvantages of blockchain in business, and also learned how the passwordless blockchain authentication developed by REMME works.

BCM: Hello, Roman. Tell us how the REMME passwordless authentication system operates? What is the role of blockchain in it?

R.K.: Within the REMME project, a protocol is being developed to provide passwordless authentication of a user based on TLS/SSL (X.509) certificates and tools for managing the Public Key Infrastructure.

Traditional PKI systems have a Certification Authority (CA), a centralized entity that provides data storage and management of user certificates. Such a system is vulnerable because of a single point of failure; the use of blockchain system allows to build a distributed certificate management system and significantly increase the level of PKI fault-tolerance.

In such a case, blockchain plays a role of the storage of distributed data about the certificate state. The consensus algorithm controls the data changes in the storage. It ensures the system consistency and the information validity.

BCM: You are the CEO at the IT company 482.solutions, which, among other things, provides services on the development of cyber security systems. What difficulties do you face when creating such systems?

R.K.: The main sources of problems in cyber security systems are related to the human factor and the behavior unpredictability of these systems. Therefore, when developing software solutions, we consider them as the final product. It provides their deterministic behavior and the reduction of risks of system operation in an unintended manner.

BCM: What are the advantages of traditional economic systems when moving to blockchain?

R.K.: Blockchain is a technology that, thanks to its properties, provides a number of advantages:

BCM: The advantages of blockchain are widely and often described in the media. And how do you think, what are the disadvantages of the technology? Let’s take the Ethereum blockchain as an example.

R.K.: The main disadvantages of Ethereum include:

BCM: How to understand, whether business needs blockchain?

R.K.: It is important to understand that blockchain is a technology that solves a strictly defined range of tasks related to:

If at least one of the listed cases is a bottleneck in the business, then blockchain will likely optimize business processes and reduce costs.

BCM: On April 17, you will speak at Blockchain Conference Moscow. Which issues will be covered in your report?

R.K.: I will talk about the prerequisites, thanks to which the distributed ledger technology appeared. I will analyze the technical properties of blockchain-based solutions as a way of digitizing, storing and transferring values. In the final part of the report, I will consider two cases on the use of blockchain in the economic and technological systems.