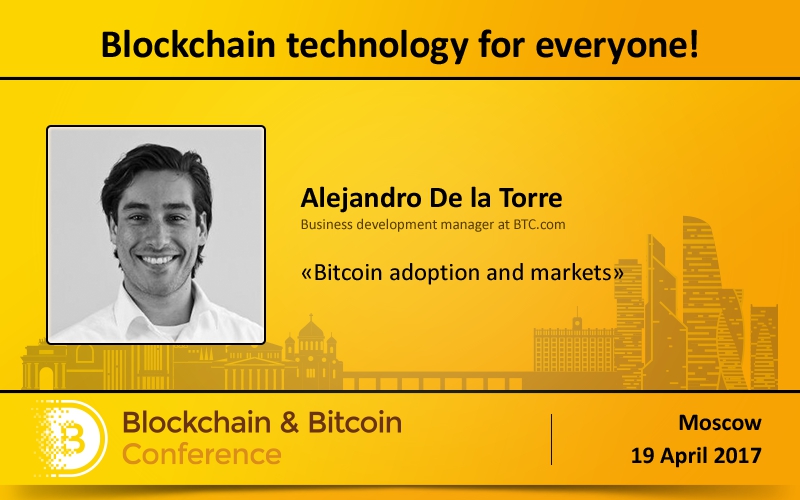 On April 19, Alejandro De La Torre, Business Development Manager at BTC.com will share his view on challenges of Bitcoin adoption by the key markets. Listen to his report at Blockchain & Bitcoin Conference Russia.

Having an entrepreneurial background, Alejandro De La Torre started Bitcoin discovery in 2013. Since then, he has been sold on the idea of bringing a decentralized currency to all parts of the globe.

Alejandro founded a number of startups, including SendChat application that was acquired by Blocktrail, an Amsterdam company, and later on was rebranded.

Today, the company is worldwide renowned as BTC.com, and its main product is BTC wallet. It is user-friendly, highly secured and available to wide audience.

At Blockchain & Bitcoin Conference Russia, Alejandro De La Torre will talk about Bitcoin adoption and market development, as well as about the cryptocurrency expansion within key jurisdictions and reasons for its explosive popularity. Speaker is going to cover economic, political and social aspects of the specific markets.

►► Register for the conference