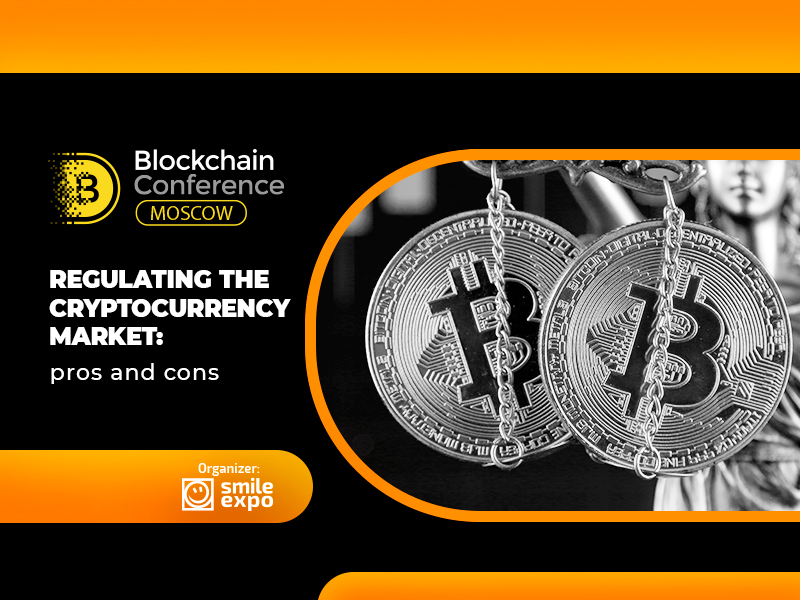 Many countries (such as the U.S., Belarus, Japan, and Canada) have already introduced laws regulating the cryptocurrency market. However, the majority of states are still to introduce a relevant legal framework. This situation played into the hands of criminals: according to the statistics of Crypto Aware, hackers and fraudsters caused $1.7 bn losses to the cryptocurrency market. Meanwhile, the anonymity of Monero and Zcash increases their popularity as cryptocurrencies of the dark web.

This prompted the officials of various countries to get involved in the crypto space. Read the article to find out pros and cons of the crypto realm regulation.

Why should the crypto market be regulated?

Apart from the problem with citizen financial security, there exist other reasons for introducing regulations. Some of them are provided below:

Cryptocurrency exchanges do their best to combat the criminal world. Some of them deleted Monero, Dash, and Zcash from the quotation list. For example, the Japanese exchange Coincheck. The abovementioned coins are entirely anonymous, which serves as a gateway for criminals.

Nonetheless, the government organizations claim that it’s not enough. The authorities intend to grant exchanges a legal status. Thus, victims would be able to address the state.

As reported by the analyst at ICO Pools Andrey Bezryadin, in this case, part of users would shift from centralized trading platforms to decentralized analogs and unified trading systems. If the pressure of tax systems appears to be heavy, exchanges will either withdraw into the shadows or move under another jurisdiction with more loyal legislation.

Some countries have successfully introduced ICO regulations. For example, the United States Securities and Exchange Commission (SEC) curated the ranking of scam ICOs and publishes the results of in-house investigations on a regular basis. Its research led to the closeout of a scam project Munchen and compensation of $15 m losses. Meanwhile, a fraud project Centra now has to pay $100 thousand penalty in the U.S. State treasury.

What is more, SEC affected the user loyalty. For example, a startup FileCoin approved by SEC managed to gather $257 m investment through ICO. Currently, this is a record among all ICOs.

Governments show an uncertain attitude towards mining. Some countries have not introduced its status yet. Mining is strictly prohibited in China, India, South Korea while in Bulgaria, Russia, and Kazakhstan, it is considered to be entrepreneurship. Russia doesn’t impose taxes on mining.

Meanwhile, mining taxation raises disputes. The procedure of determination of income rate out of cryptocurrencies remains unknown. What is more, miners don’t find it profitable to register in the state-owned register or become a sole trader.

On the one hand, if state regulators come into force, cryptocurrencies will lose their freedom as payment units as they were primarily originated. On the other hand, it will make the crypto market more secure, which attracts new investors that used to stay away from the illegal cooperation.

To get an expert assessment of the crypto industry regulation, join us at Blockchain Conference Moscow scheduled for November 20 at InterContinental.